In the days after a strong tornado struck Jefferson City and surrounding areas the night of May 22, 2019, volunteers with the Missouri SAVE (Structural Assessment and Visual Evaluation) Coalition responded quickly to help local officials determine the condition of their buildings. 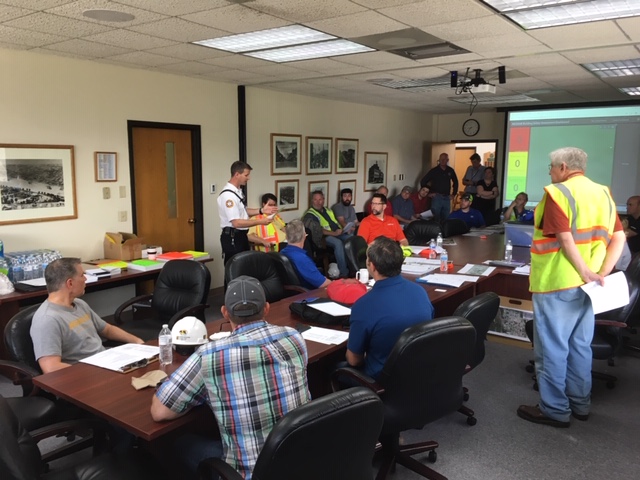 The SAVE Coalition is a group of volunteer engineers, architects, building inspectors and other trained professionals that assists the State Emergency Management Agency (SEMA) with building damage assessments. After a disaster, SAVE volunteers are trained to move quickly to determine which buildings are safe to use and which should be evacuated.

SEMA received a request for assistance May 23, the morning after the tornado struck, saying that the tornado damaged so many structures in Jefferson City and surrounding Cole County that local officials needed help determining building safety.  Once SEMA authorized SAVE deployment, coalition leaders sent out a call requesting deployment of volunteers the next morning.

By early morning May 24, 16 SAVE volunteers gathered at city hall in Jefferson City to coordinate with city officials, receive a situation briefing and review equipment and procedures.  Working in teams of two, volunteers were assigned specific areas of the city and set out to assess structures.  Each structure received a green placard indicating no significant structural damage, a yellow placard meaning limited damage and restricted use, or a red placard indicating that the building was unsafe.

By the next morning, May 25, more than 400 building assessments were complete, with results reported to Larry Burkhardt, head of the city’s building inspection program.  “The SAVE Coalition gave us a quick start on the event with some excellent data of the overall assessment of the tornado damage in the City of Jefferson,” Burkhardt said.  “We greatly appreciate the SAVE volunteers that helped us to understand what the storm did to our community.”

For the first time in this deployment, SAVE volunteers used a new smartphone app to report results.  All building and damage information was directly inputted into phones in the field, including GPS location and pictures, then submitted for real-time updating into a map display at emergency operations centers, both at city hall and at SEMA.  As a result, officials had access to immediate information on assessment progress and detailed results for every building. 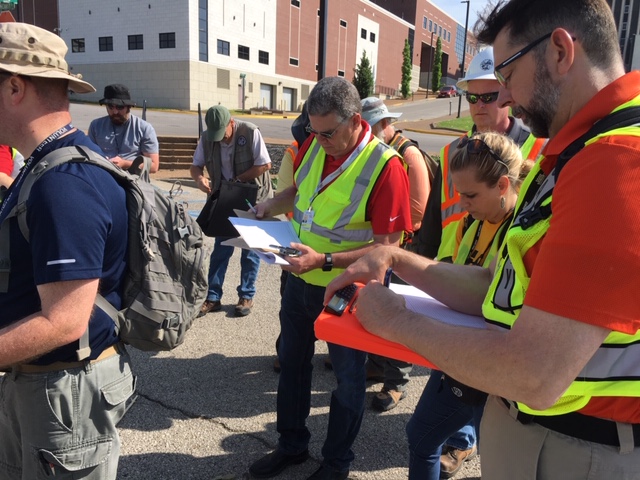 Final results from the Jefferson City SAVE deployment are available HERE, seen just as emergency response officials saw it in real time.  The map allows for zooming to any area, and clicking on a dot to see that building’s detailed evaluation.

As soon as Jefferson City reviews were complete, a separate deployment began mid-day May 25 to assess buildings in nearby Cole County.  Similar procedures were used, with two-person teams placing green, yellow or red placards on nearly 200 more buildings by the end of the day.  Some SAVE volunteers served on both deployments, while others served one day and were replaced by new volunteers for the second day.

“The value of the members of SAVE are too numerous to mention,” said Cole County Emergency Management Director Bill Farr.  “Their professionalism was of the highest quality and without their assistance the workload for local inspectors would be unbearable. The data collected allowed us to expedite our assessments and made it easier to determine the hazards in some major destruction areas.”

A separate smartphone-generated map was showed Cole County results, which can be viewed HERE. This map includes a few purple results, where assessments were attempted but couldn’t be accessed.

“After using the app in this deployment, and seeing its ease of use and how quickly results are available to local officials, there’s no doubt this will now be SAVE’s primary assessment tool going forward,” said Ben Ross, chairman of the SAVE Coalition.  Ross helped lead the deployments, along with Jefferson City on-site leader Ron Powell and Cole County on-site leader Bud Gruchalla.

Missouri’s SAVE Coalition has been helping the state recover from disasters since 1994.  For more information on the organization click HERE.