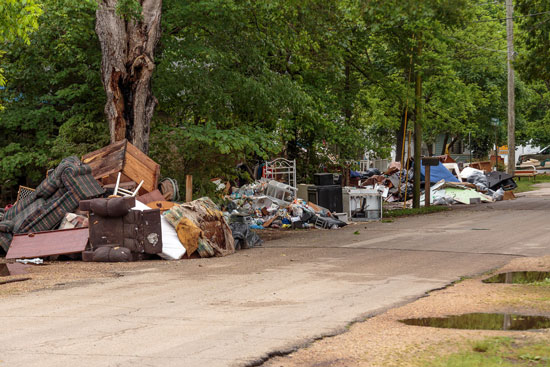 Debris piled up in Carter County, Mo. in May 2017 after historic flooding.

Any time Missouri communities work to recover from disasters like flooding, tornadoes or severe storms, they should understand that if the county in which they reside is included in a federal disaster declaration, the Federal Emergency Management Agency requires strict compliance with its rules to ensure reimbursement of debris removal expenses.

What residents should do:

Maximizing FEMA debris reimbursement under the Stafford Act should be a critical part of a community’s recovery plan. The current federal program, if authorized under a major disaster declaration, is incentivized as follows only if debris removal is completed within 180 days of the incident start date:

If debris removal is not completed within 180 days, none of the above incentives will apply. This enhanced reimbursement is an important benefit to aid local governments. Other important debris considerations include the need to document where the debris originated; where it was staged if at all; and its final disposition.

Also, when burning or burying debris outside of a landfill or established burn site you must obtain a Missouri DNR burn permit or an archaeological survey.